“MARX IS NOT DEAD”
And I am going to try to prove it by bringing him back on the scene. And from there I'll show difference the U.S. public what Marxism is really about. Marx himself would explain the difference between Stalinism and Marxism. I'll remind people what Marx's criticism of capitalism was. I would demonstrate that these ideas have much to with the United States today. In other words, that Marxist criticism today is exact and current.
Exclusive interview with the U.S. writer Howard Zinn.

"Thank God, an audience! I am happy you could come. You haven't listened to those idiots who said Marx is dead! Well I am...and I'm not!" - Karl Marx says in the very heart of Havana.

The audience to which this eternal party-pooper risen from the dead refers is about a dozen people seated in the small Adolfo Llauradó Theater in the central part of the City, Vedado. While the actor embodying Marx moves and talks on stage, the audience divides its attention from the performance and the silhouette set off by a faint light of this tall and gray-haired man who, from his chair, keeps jotting down notes in a notebook. It is Howard Zinn, the U.S. writer and historian, who has come to see the production of his monologue Marx in Soho by the Cuban actor and theater director Michael Cué 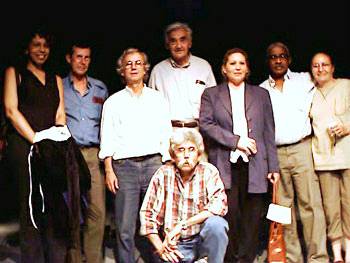 Invited by the National Council of Theater Arts and the Cuban Book Institute, Zinn takes advantage of his second trip to the island to brush up on Cuban reality. His first visit was during the 1970s with a group of Canadian tourists.

Among other places of interest, the 81-year-old writer visited the Fine Arts Palace, the San Alejandro School of Painting and the National School of Ballet. This interview was made in this latter institution, after visiting its modern halls and installations in what were described by the author of the People's History of the United States as "a dance palace filled with princesses and princes. Here, the author of the Zinn Reader and You Can't Be Neutral on a Moving Train, talks of his theatrical work that the Cubans will now have the opportunity to enjoy this coming June, as well as some subjects about the current situation in the United States.

One of your sudents, the well-known novelist Alice Walker, has defined of medium … How was Howard Zinn

My first theater work was not about Karl Marx but about an anarchist and feminist, Emma Goldman. That play was shown in several cities of the US: New York and Boston, but also in London and Japan. Later, already interested in the theater, I decided to write a play about Marx. I made this decision after the fall of the Soviet Union because, after its fall, everyone thought that Marxism had died. So I tried to tell the US public: Marx is not dead and I am going to prove it by bringing him back to the scenario. From there I would teach this same public the difference between Stalinism and Marxism. I would remind them what Marxist criticism of capitalism consists of. I would demonstrate that these ideas have much to do about the US today. In other words, that Marxist criticism of capitalism is still exact and current today.

Since I didn't want to only represent ideas, I added information about the relationship between Marx and his family, a little bit of humor, and a vision of what a new society could be. That is why I have Marx speaking in the Paris Commune of 1871. The Commune is a small light. 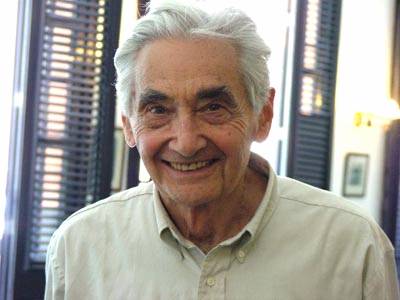 What has been the reception of Marx in Soho in the United States? Didn't they confuse you with Groucho Marx?

The US people know more about Groucho Marx than about Karl Marx. The play has been shown in forty venues in the US, mostly for a university public. The number of spectators has fluctuated from three hundred to a thousand and the play has always been well-received, perhaps because it presents Marxist ideas clearly and simply. It is a question of common sense. The play is a combination of humor and experiences, human and family, and one can even laugh at Marx. It is what happens when Jenny laughs at him and Eleanor does the same. I think this is more attractive for the public. Marx doesn't come on stage as someone who knows it all.

Is ourse on Marxism.  There are many

on the idea that all together, no matter how insignifican  it may seem. Of ourse, the in people. What could they do to change the world?